From Childhood Picture to Real-life Cop 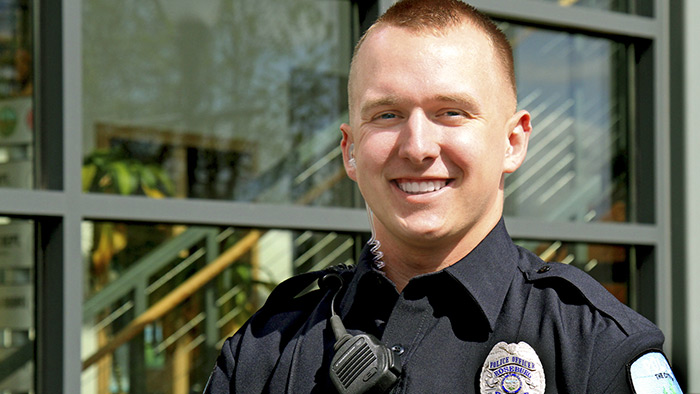 ROSEBURG, Oregon – We all keep mementos from our childhood—photographs, stuffed animals, crayon-colored pages or drawings. Roseburg Police Officer Austin Kennedy is no different. He’s had a drawing of a police officer tucked away since second grade.

“That drawing was always me,” he said. “I always wanted to be a cop and now I’m living the dream.”

Austin didn’t have to wait long for his dream to become real. He graduated from the Police Reserve Academy (PRA) at Umpqua Community College (UCC) last spring. The Roseburg Police Department hired him shortly after.

At the academy, Austin learned from the best. Most of the staff also teach at the state academy, so they have a leg up once they get hired.

The Police Reserve Academy can change your life.

“So much of what they cover at the Oregon academy, they’ve already learned at the PRA, so they usually breeze through,” Sgt. Gary Klopfenstein, from the Roseburg Police Department, said. “Since they’ve already worked on components of the Oregon Physical Agility Test, graduates are ready—both mentally and physically—to be officers around the state. That’s why I trust the applicants cops send me from the PRA.”

Completing the program is not easy. It’s a nine-month commitment that involves every Saturday. In many cases, students attend UCC full time during the week to back up their PRA training with a two-year degree in Criminal Justice. Commitment can be spotted a mile away.

“We get applicants in Roseburg who come in and think they want to be a police officer—even former military—but we just don’t see a commitment,” Sgt. Klopfenstein said. “Instructors keep an eye out for those we might like to hire. We trust each other to spot someone who has the skills, smarts, talent, and commitment to make it in law enforcement. We saw that in Austin.” 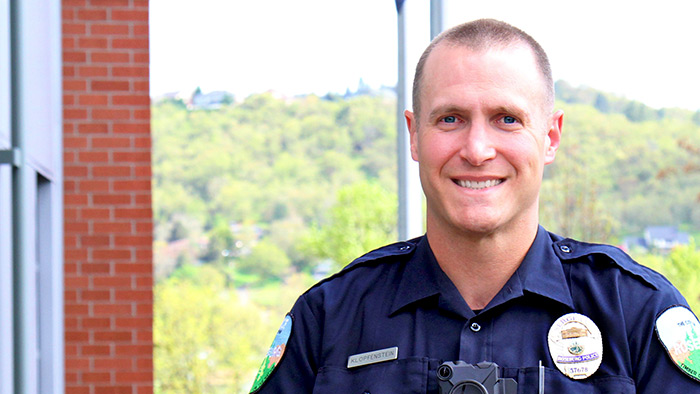 Seeing the commitment and the drive to succeed, Sgt. Klopfenstein made Austin a part of the Roseburg Police force. Austin isn’t just living his dream, he’s now the man in his second grade police drawing. And as it turns out, Austin isn’t the only one with a drawing to look back on. Sgt. Klopfenstein has a drawing similar to Austin’s from sixth grade.