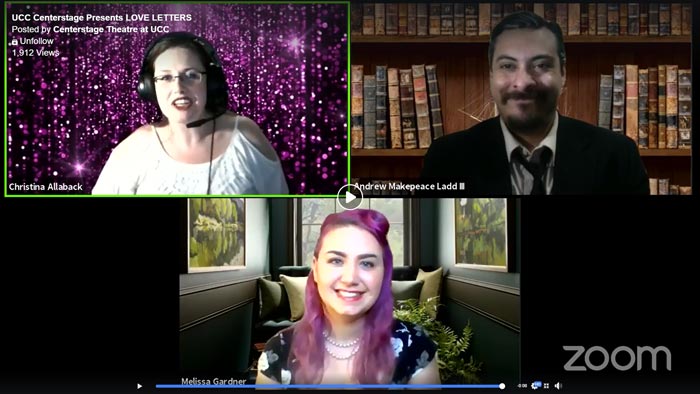 UCC produces virtual theatre performance for local community and beyond.

ROSEBURG, Oregon – As the old saying goes, “The show must go on.” That is the kind of mentality that Christina Allaback, Director of Theatre at UCC, had when UCC’s spring musical was cancelled due to stay-at-home orders issued by the state.

“The first couple weeks of the stay-at-home order, I had been playing with Facebook Live to do some funny improv sketches by myself that people on social media could interact with,” Allaback said.

Later, a friend invited her to a virtual play reading. That’s when she thought of “Love Letters” as a candidate for a virtual performance. A finalist for the Pulitzer Prize for Drama, the play centers on two characters who read letters and notes to each other written over a 50-year period. It was the perfect play to dial in the technicalities.

So the show could still go on! “Love Letters” was performed via Zoom and Facebook Live on Friday, May 8, through the Centerstage Theatre Facebook page. While Allaback was the host, the play starred UCC students Andrew Laniohan and Jesika Barnes.

Overall to date, 3,230 people were reached and the play received over 1,800 views with dozens of comments and shares. Those numbers continue to grow as the virtual play is now continuously available for playback on Facebook. 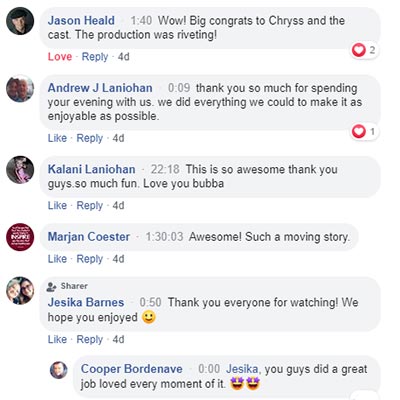 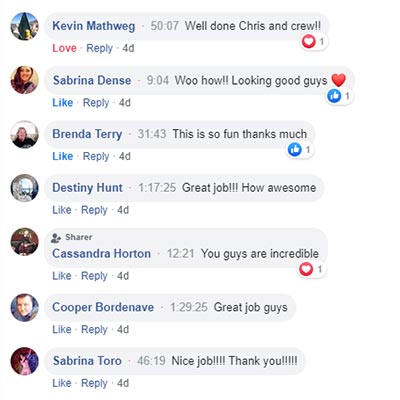 “It was interesting to get feedback simultaneously while the show was going on,” Allaback said. “It's a fascinating form of live performance. I think people enjoy giving simultaneous feedback and interacting with each other when they view a live play online, especially during this quarantine. People are bored and need human interaction. Watching movies, TV, and recordings of shows can only entertain folks so much. Having something that is LIVE with an audience and then to be able to interact with other people, even if it is virtually, can be healing during this time.”

Interactive live shows are definitely on-trend with a lot of Internet chatter about them. So what’s on the horizon? That depends on the government restrictions moving forward. However, Allaback is considering a drive-in musical in the summer and/or a virtual Sci-Fi radio play via Facebook and Zoom.

That’s one for the history books and it is still “playing” out. Stay tuned for more interesting and innovative performances from the Performing and Visual Arts Department at UCC.