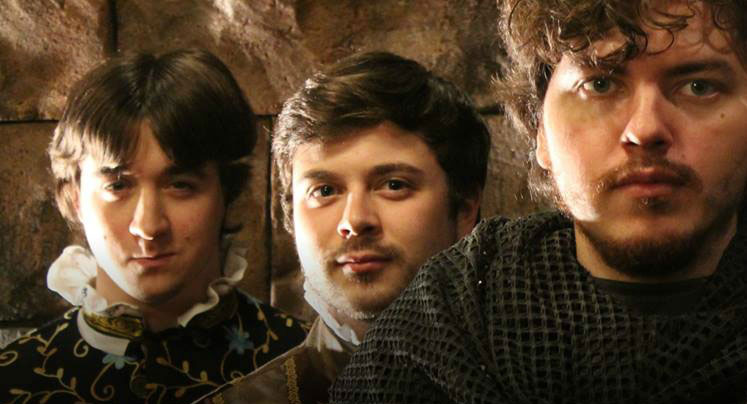 The Lion in Winter, a play about the Plantagenet dynasty’s origin, runs February 23 through March 11.

Set in 1183 on Christmas Eve, the family struggles for power and love amidst plot twists and turns that keep everyone on their toes. Played with modern language in a medieval castle, the Game-of-Thrones-esque play also features gorgeous costumes by guest designer Rhonda Turnquist.

Professor Newman joins students and alumni onstage along with Allen, a special guest, to play the Plantagenet dynasty founders.

"We have a couple of guest artists working alongside our students, an alumnus, and an incoming student," Stephanie Newman said. "Another UCC professor, Michael Wheeler, also composed original music for the show."

The show is directed by Travis Newman. Stephanie Gray is the stage manager.

Tickets are $13 for adults, $10 for seniors over 65 and veterans, and $8 for UCC students with ID and children under 18. All show proceeds support the Theatre Arts program at UCC, which serves students in developing professional experiences and contacts in the performing arts.

Performances are Fridays and Saturdays at 7 p.m., Sundays at 2 p.m. in Centerstage Theatre at the Whipple Fine Arts Building. Tickets can be purchased online at tickets.umpqua.edu, or by calling the UCC box office during regular business hours at (541) 440-7700.