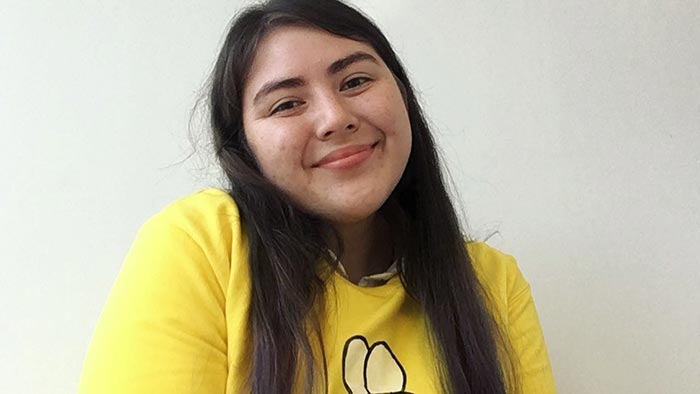 “Media literacy and learning how to read critically are some of the most important skills a person can learn.”

ROSEBURG, Oregon – In the winter of 2017, Renee Thompson joined Umpqua Community College’s student newspaper, The Mainstream, as a reporter and graphic designer. Thompson, an art, advertising, and psychology major, was dissatisfied with the information she learned about advertising in a business course. When friends and teachers suggested she consider taking a journalism course to fill her desire for advertising knowledge, she was hesitant at first.

“It wasn’t until my partner Logan suggested we take it together that I finally got the courage to sign up,” Thompson said. “I [was] diagnosed with anxiety at 18, so going into college there were a lot of things I had to change for my own well-being.”

As part of The Mainstream team, Thompson worked closely with a group of fellow students to produce bi-monthly publications for UCC’s campus. Through her experiences as a student journalist and with encouragement from adviser Melinda Benton, Thompson was able to connect with a community of peers, increase her confidence, and find her voice.

“I was hesitant at first because I’m kind of a shy person,” Thompson said. “The thought of making something that was going to be seen by that many people intimidated me a little. But after meeting Melinda, I knew it was the right place for me.”

After taking one term of journalism, Thompson fell in love with writing and took another journalism course, Introduction to Mass Communication, in spring 2017. She continued to work for The Mainstream until she graduated in spring 2018.

Part of an award-winning team, Thompson covered a variety of subjects from comic books to students’ financial concerns, including the first-ever special edition on the #MeToo movement.

“I felt that it was a subject we needed to talk about,” she said. “I did a story on male survivors of sexual violence and it was really interesting to be working with so many awesome writers. I remember going around the table at our first meeting and talking about all our ideas. It really taught me that journalism can be a powerful commentator on the world around us.”

Thompson was accepted to the University of Oregon in spring 2018. She has continued her studies there in advertising, journalism, and psychology. She currently works as the copy editor for U of O’s Art Ducko Magazine and recently got a job at Green Eugene Magazine, which she attributes to taking UCC’s journalism courses.

“I couldn’t be more grateful I took the class, because there really is no better way to improve your writing and design skills than jumping into projects headfirst,” she said. “It’s important to train reporters to be unbiased and report how facts are established in order to positively influence the world, even if it’s on a small scale. I would say that media literacy and learning how to read critically are some of the most important skills a person can learn.”

She encourages others to “take journalism classes because [they] can teach [people] how to think critically about all the media they’ll come into contact with [during] their academic careers.”

To learn more about journalism and media studies at UCC, visit umpqua.edu/journalism or call 541-440-4645.