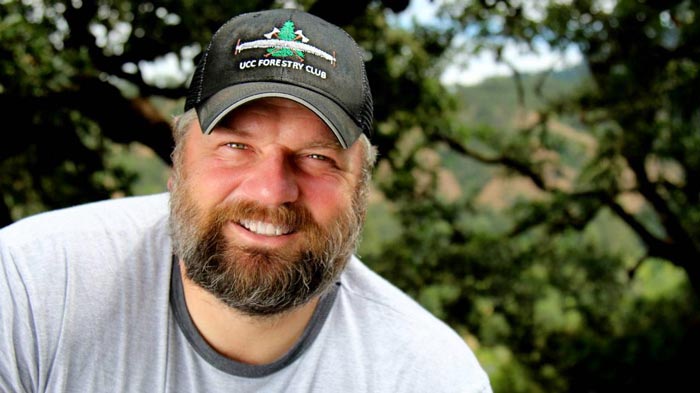 “I had such a great two years at UCC. When I finish my bachelor’s degree, I’m coming back home."

ROSEBURG, Oregon – Without a doubt, Wade Christensen has seen and experienced a lot. Six days after the Glendale native graduated from high school in the early 90s, he left the town where he grew up and enlisted in the U.S. Army. For the next 23 years, he would travel the world as a combat engineer and later become a Special Forces soldier.

“I told people I was getting out of the Army after five years because I didn’t want to be an NCO (non-commissioned officer),” he said. “My first sergeant said I could run from my problems or step up and be a leader. I chose to become leader.”

Wade reenlisted and was selected to join the Green Berets—making his childhood dream a reality. He spent 18 years jumping out of planes and—in his words—blowing stuff up. He deployed to Afghanistan three times and once to Iraq.

Several years into his military career, he came home to Oregon over a four-day weekend and unexpectedly met his wife. They made their home at Fort Lewis in Washington State where Wade was stationed for the majority of his Army career. While living in Washington, Wade saw a newspaper ad that ultimately changed his life.

“The ad was for the Forestry program at UCC,” he said. “I was all set to go to the University of Washington, but we instantly decided to move back home.”

In September 2016, the retired veteran began the journey into his second career. He became a part of the first class to start the College’s renewed Forestry program.

“Being an older student, I didn’t know what to expect when I showed up,” he said. “I wasn’t a great student in high school. I wanted to be anywhere but school. I always wanted to be outside in the woods.”

Wade spent a lot of time around youth in the military. He quickly connected with students more than half his age and started to develop what are now life-long bonds. He credits them, and many UCC instructors and staff, for helping contribute to his success.

“Everyone has been amazing,” he said. “It’s like a family.”

During his time at UCC, Wade continued to be the leader he chose to become. He started the UCC Forestry Club and served as its president. He was an honor society member with a 3.78 grade point average, participated in UCC Veterans Club activities, and was a UCC Foundation scholarship recipient.

Wade graduated with an associate of science degree in June. At commencement, he received the Harry Jacoby Award—the highest honor a single UCC graduate can received. He transferred to Oregon State University in September to study Forest Management: Restoration and Fire.

“I had such a great two years at UCC,” he said. “It was such a great experience. When I finish my bachelor’s degree, I’m coming back home. This is a community I want to stay in.”